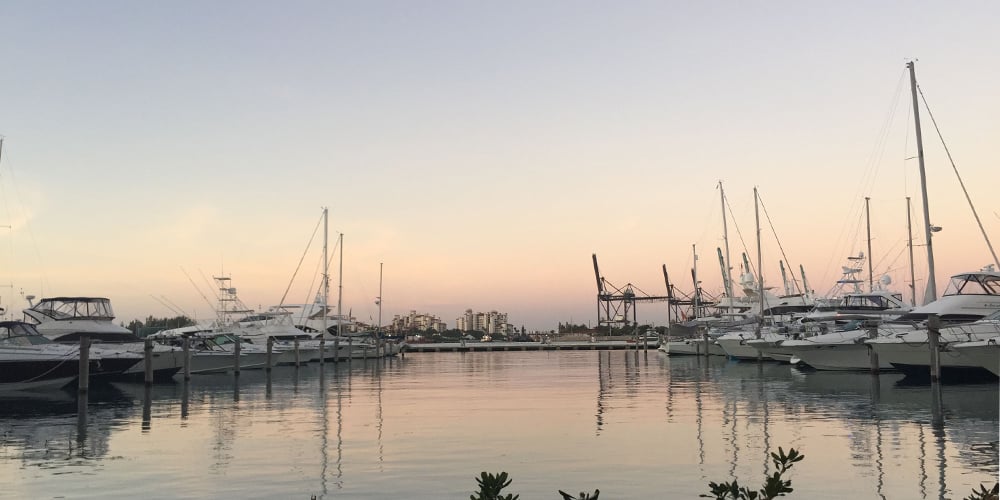 Coming into dock is typically a bit more of a challenge than leaving it. That said I have probably seen as many dramas unfold leaving it! I haven’t played golf in a long time living on a small Caribbean island, but I do remember the importance of a good first tee shot to set the mood for the rest of the day.

Being tied securely to the dock there is no pressure to rush, so best to make a plan of how you want to do it. Once you have run it through your head you need to brief the crew on the manouvere. In the military I believe they say you need to make sure the message transmitted is received in the manner it was intended. I often like to ask “so what are you doing”? At the end of the day if this goes wrong it’s going to be the skippers fault.

Is the easier scenario, but it is still important to set up your lines to slip and have everybody onboard ready to go before untying. Often a helpful sole on the dock will say “I will let that off for you”. Be aware though that this person has not had the briefing on the manoeuvre. Also, a line jammed or not releasing when you wanted it to is the most common reason for it to go wrong. Being aware of what is to leeward and having fenders set if there is another boat for example is important and it may require a bit more urgency to get out before the wind catches you too much. On a monohull with a bow thruster sometimes people will use it to keep the bow from blowing away. I find this can help, but exaggerates the speed at which the stern now gets blown away if there is something to leeward. If getting pushed down you may need to steer the bow down to stop the stern swing into something. On a windy day this happens quickly so sometimes having a backup plan ready and actually letting the wind blow the bow around and reverse out rather than fight it can be a good option instead whether a monohull or a catamaran. The windage on the large sides of a catamaran will make leeward drift even more pronounced. Speed is not good in a marina, but a bit or urgency and initial shove is required sometimes to get out and clear on a windy day. 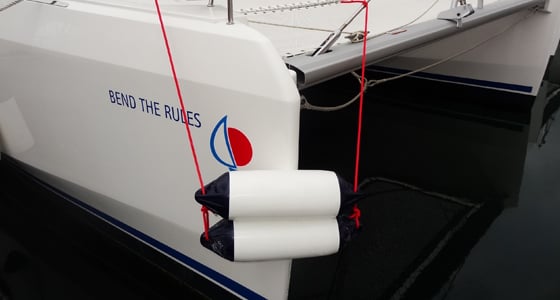 The biggest mistake is to head out the slip hoping the fenders will work until you are clear of the end. Typically as you move forward the roll and friction will cause the fenders to work up and pop out as you are still running along the dock. In this scenario the worst part is the end corner of the dock which the wind will being doing its best to push you midships into and you pivot around it.

It is always good if possible to use a spring line to help pivot up into the wind and allow a bit of an angle before heading out. Monohulls with bow thrusters can use that instead and with a catamaran using both engines in opposition to each other to pivot. That said a slipped spring line is a more stable and controlled maneuver and you still need to remember to have a fender in place.

With catamarans in particular spring off tends to be forgotten as it is easy to pivot with the two engines. On a calm day just putting one engine in forwards and the other in reverse will have it pivot nicely normally. When windy though it is hard to balance the throttles to stop any fore or aft movement along the dock the wind is creating. If that occurs, due to the flat sides and pointy corners the fender you have placed to protect the corner likely wants to roll and pop out. If possible it is normally preferable to spring the bow off. Transoms tend to be a bit more exposed and slope away to sugar scoops making it difficult to place fenders. Getting the transom caught under a non floating dock and unforgiving concrete can be a real concern.

I always like to use a fender sideways rather than vertical on the corner to protect. It gives much more contact area and less prone to rolling out. You can just take the fender line off of another fender to set up and do a double or have a spare line made up for this situation to attach.

Using a bow spring you can pivot around and then back out into the wind. The other option is to pivot out enough to get the stern clear and away from the dock that you can now use both engines to pivot the opposite way and around to go out forwards instead.

It is not always going to be possible and one has to adapt to the situations. If the slip was easy to get into it is often not as easy to get out of. Sometimes it is worth considering the undocking if there is an option when docking in the first place.

The main point is planning and preparation for the best result. If it does not quite go the way you wanted it too, there is always the 19th hole and the reason you should have rum onboard! 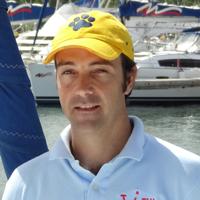 Giles’ first memory of sailing was sitting on the bow of a dinghy when he was 5, while he sailed around the bay with his Dad. He has been sailing ever since. After studying engineering at university he worked as a sales manager selling classic and sports cars. He cast off his lines 15 years ago and returned to the water. As an MCA/RYA Yachtmaster Ocean Instructor, he has been around the world skippering, racing, and teaching. He brings his enthusiasm for sailing to brokerage. After 10 years in the brokerage based in Tortola he has a lot of experience with the boats and the process to pass on.
Giles.Wood@mooringsbrokerage.com