How to Properly Read Channel Markers While Driving Your Boat 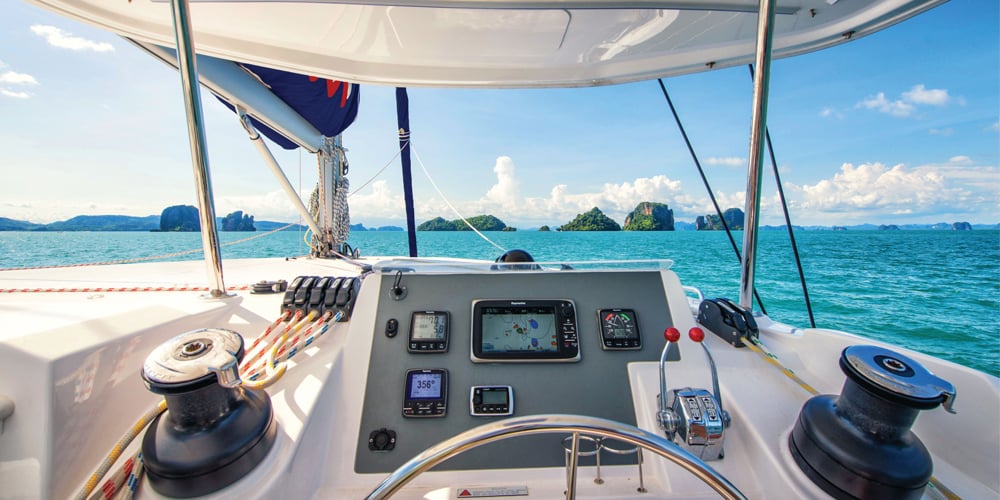 Just as important as proper roads are for cars, boats need guidance to ensure safe passage. So when you head out on your first sea trial, how do you know if you are on the imaginary water road?  The IALA (International Association of Lighthouse Authorities) has established 2 systems of colors and shapes for buoys. The IALA-system A is used in the Eastern Hemisphere, while system B is acknowledged in the Western Hemisphere. There are a few exceptions to this rule, mainly that Japan, Korea, and Philippines go by system B. The following information will focus on the United States, system B.

When reading channel markers, it is important to identify the shape of the marker. A can buoy refers to a cylinder buoy that is anchored down to the sea floor in a way that allows it to stick up for easy visibility. Nun buoys come out of the water like a can, but then taper off to more of a point. Channel markers can also be permanent structures like towers coming out of the water with colored lights and signs. These signs are called dayshapes, and are easily seen and identified as an alternative for color impaired skippers. A dayshape triangle is for red, and square for green. It is important to remember that floating buoys can move around a bit according to wind, tides and currents, so be mindful of your charts when deciding how close to get to the channel markers on either side.   Mooring buoys will normally be round and either white or yellow with a thin blue stripe, and should not to be confused with official channel markers.

In focusing on system B (North America), the easiest way to remember the rules are by defining the path underway as “returning to port from sea”. The most common way to remember the correct channel colors is by using the expression RED – RIGHT – RETURNING. This means that when heading back into a port from sea, you should keep all visible red buoys off to your starboard (right) side, leaving the green buoys to your port. When considering if you are “returning”, the United States system revolves around a general clockwise direction starting in the Northeast heading South around the tip of Florida, then back around the Gulf of Mexico, followed by a south to north direction on the Pacific Coast.

There are times where channels my split into two different directions or intersect. These areas can be marked by a channel marker that has both colors horizontally banded. In this case, the top color signals the preferred channel. If the top color is red, it is recommended that you pass with that buoy on your starboard side, while if green, pass with that marker along your port. Always view your charts for more depth information when approaching split channel areas.

In addition to color, buoys can have numbers on them as well. In general, numbered buoys are used for reference on charts, but also are another reference to which side you should pass. All red buoys will be marked with even numbers, while green markers get odd numbers.

Please be aware of any square signs that are outlined in red with various inner shapes, but not filled in. These will generally indicate some kind of danger or restricted area ahead that you should avoid. 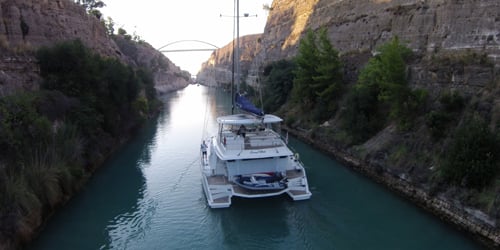 The Intracoastal Waterway runs parallel starting a Norfolk, Virginia (mile zero) down around the tip of Florida, and back up around the Gulf of Mexico ending at Brownsville, Texas. The conventional direction for buoys is clockwise, meaning north to south along the East Coast, and south to north following the Intracoastal up the west side of Florida, west to east along the top of the Gulf of Mexico, and back north to south along the coast of Texas. In addition to red and green buoys, The Intracoastal is marked with yellow symbols. Yellow triangles should be passed keeping them on your starboard, while yellow squares should be kept to port when heading in a clockwise motion along the Intracoastal. A yellow, rectangular band is simply used to mark the Intracoastal, and does not indicate any lateral information.

When operating your vessel in a new area, it is a good idea to have a picture / diagram handy while underway. This will ensure your safe passage and provide a more relaxed experience at the helm.

Derrick started his maritime career almost 20 years ago as a dive instructor / boat captain working in the Caribbean. He later created a scuba diving business in the U.S. Virgin Islands where he had numerous opportunities to enjoy sailing and entertaining visitors to the area. After 12 years, Derrick sold his business and relocated to South Florida where he continues to enjoy providing assistance to boat sellers and buyers. He holds a U.S. Coast Guard 100 ton Captain’s License and PADI Master Scuba Diver Trainer rating.
derrick.hill@mooringsbrokerage.com